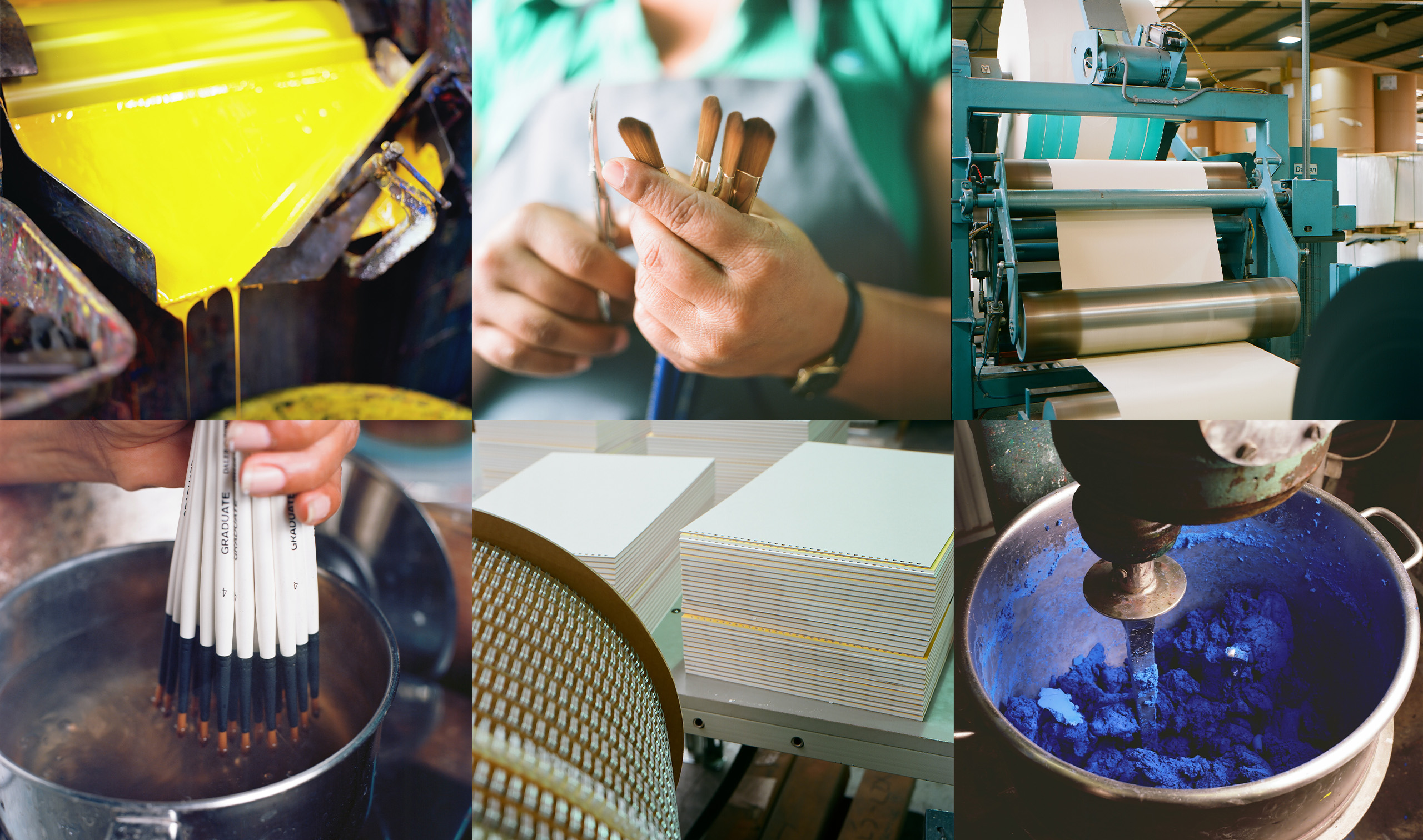 Our reputation as a manufacturer of the finest art materials dates back nearly 240 years. Here at Daler-Rowney, our aim is to allow everyone to be creative. Inspiring creativity since 1783, we strive to be accessible, inclusive and innovative, offering an outstanding artistic experience to all. We support your creativity.

In 1983, the Daler Board Company purchased the George Rowney Company to become Daler-Rowney Limited, as it's known today. In their own specialist areas of manufacture, both companies led the development of fine artists' materials in the United Kingdom for many years. The combined heritage of both companies and the Daler-Rowney name has become synonymous with consistent quality to artists throughout the world.

Artists are at the core of everything we do. We develop, produce and deliver products, which are not only fit for purpose but exceed the expectations of our artist's community.

Our mission is to inspire by creating sustainable, qualitative, durable art materials every day, every year for everybody, making art accessible. All our colours are made in England since 1783. 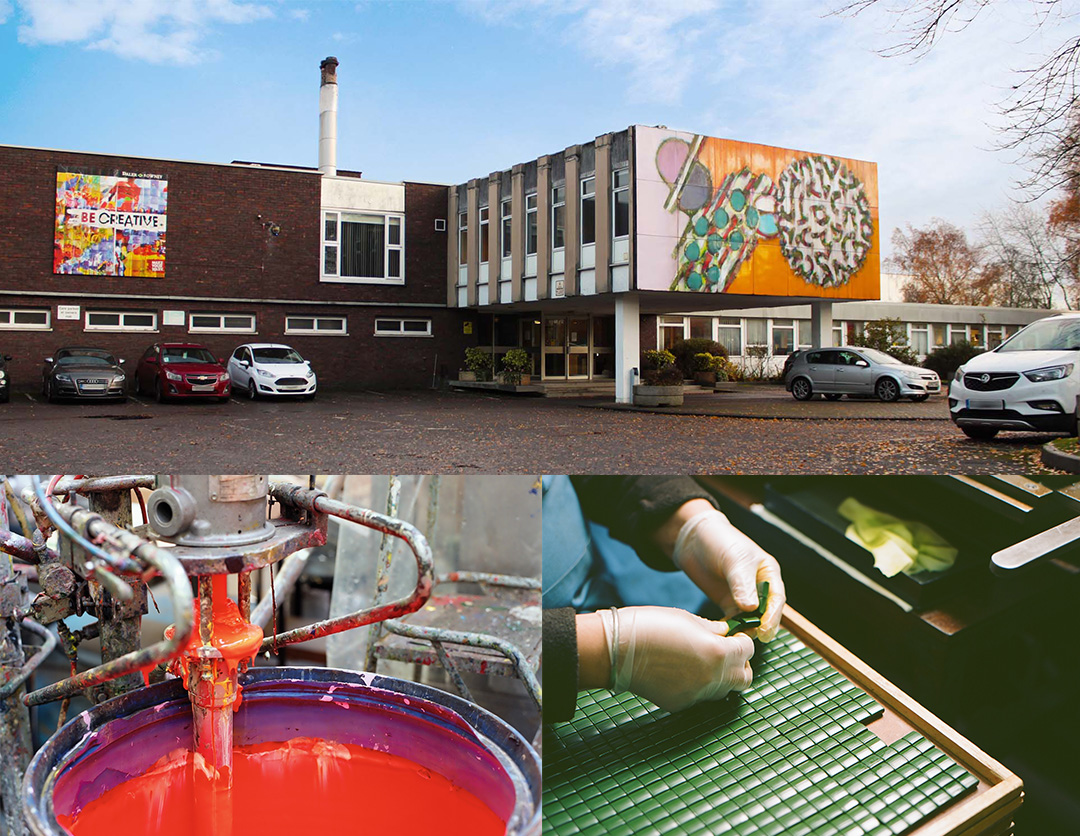 Daler-Rowney’s main offices and colour manufacturing are situated on a four and half-acre site on the edge of the green belt in Bracknell, Berkshire. This has been the hub of R&D, production and warehousing ever since the company moved from London in 1967 to keep pace with the rapid expansion of business in home and overseas markets. The move continued the company’s presence as a UK manufacturer of colour since 1783.

Production consists of 27 filling lines handling everything from 5ml to 5L units in batch sizes from 10 units to 67,000 units.

Our mill room, which is key to the outstanding quality of our colours, can produce batches of anything from 10L to 1,000L. Our current annual output is around 30-35 million units per year with the capacity to reach 50 million. 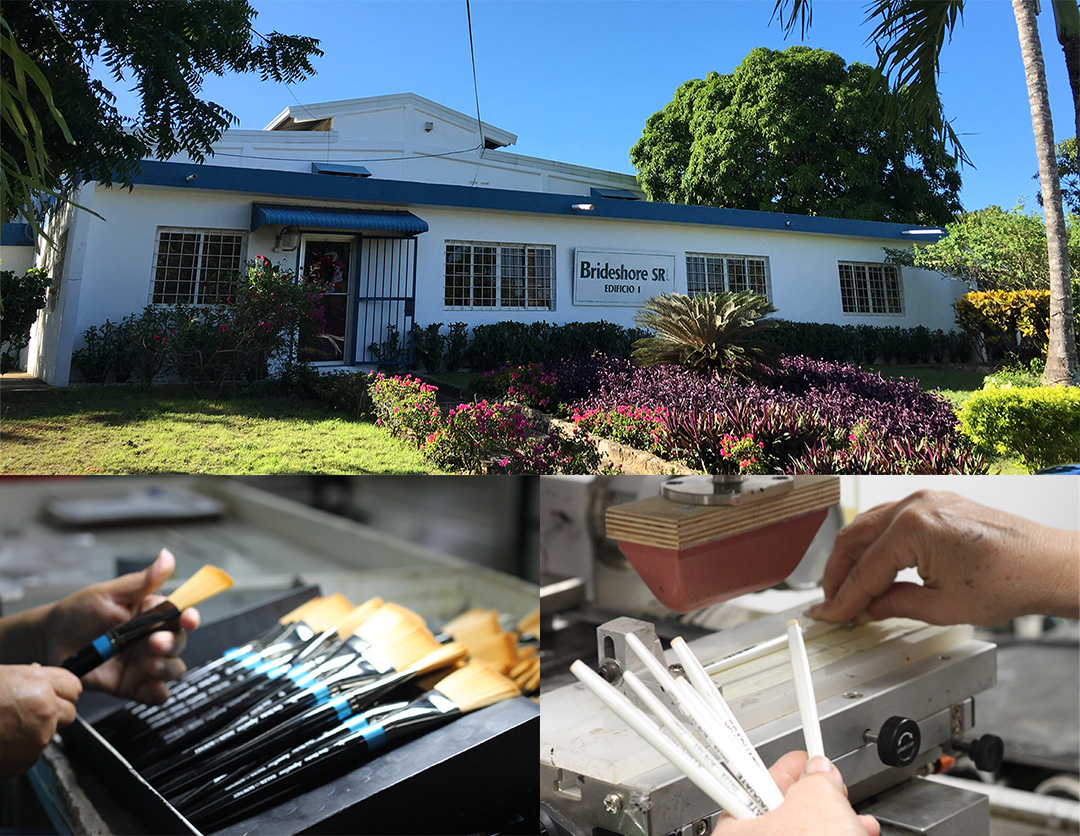 In 1969, Robert Simmons, later to be acquired by Daler-Rowney Ltd, opened an artist brush factory in La Romana in the Dominican Republic. Robert Simmons was the US brand leader in art and craft brushes and the facility was well placed to service the US market and beyond.

Daler-Rowney acquired the business and the expertise of the artisans working there in 1994 and has since developed the site further. In addition to the continued brush production, canvases, sketchbooks, gummed and spiral pads and portfolios as well as paint sets and art kits are also manufactured on the 18,000 square metre site. It also became the first Free Trade Zone company in the Dominican Republic.

The site which counts 450 employees is committed to supporting them and the wider community. Daler-Rowney is not only assisting the Altos de Chavon Art School which is an internationally awarded Art School in La Romana - http://altosdechavon.edu.do/en/ - but is also creating projects with local artists.

The factory has received a special recognition award from the Dominican President Danilo Medina and in 2019 celebrated its 50th anniversary.

In 2016, Daler-Rowney joined the FILA Group. All brands from the FILA portfolio are available through Daler-Rowney in the UK including Giotto; Giotto be-bé; DAS; Lyra; Arches; Canson; Strathmore; Princeton; Maimeri; and LUKAS. In addition, Daler-Rowney sells UK-specific brands that include Creativity International; Creativity Backgrounds; and Creativity Inspired.

"Creativity is our challenge, colours and paper are our talents" - FILA is proudly Italian and the group reaches 150 countries on 5 continents. They have built their history on their passion for art and creativity, making the concepts of coherence and transparency guiding principles that they have never creased to follow.

More about the FILA Group.